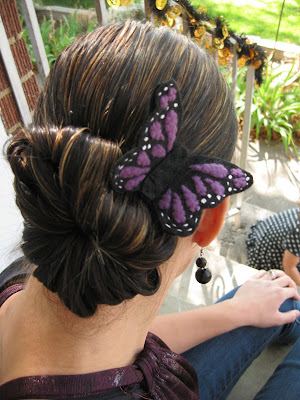 I saw this on Etsy and decided I had to make one for myself. Well, it was supposed to be for Teagan, but I made it too big so now I can claim it. No, I don't think I subconsciously did it just so I could have one, but then again...

I'd love to make a small one for Teagan and then share both patterns with you, but that's going to have to wait until after Halloween. I'll be doing a lot of costume sewing until then.

Maybe I should have waited to post this until the pattern could go with it, but I had to post something to dispel the rumor that I was sitting around eating bon-bons.
Labels: Sewing